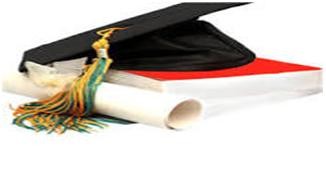 No Relaxation for PhD Holders

In the absence of any notification, the UGC’s proposed relaxation in the eligibility criteria is unlikely to give any respite to the PhD degree holders aspiring to assistant professor posts for which Bihar Public Service Commission (BPSC) is conducting interviews. The BPSC had advertised 3,364 posts of assistant professors for appointment in nearly 250 constituent colleges and postgraduate departments in different universities of the state. The advertisement, about 18 months back, made National Eligibility Test (NET) qualification mandatory for the appointments.
On April 12, the UGC declared that even those PhD degree holders who did not get their degrees as per 2009 norms but cleared the pre-PhD test, got at least two papers published in peer reviewed journals and faced open viva were eligible for appointments. The 2009 norm makes a six-month course in research methodology mandatory for PhD degree aspirants. Read more about UGC’s new initiative here…
Former state higher education director Nageshwar Sharma said the relaxed criteria cannot be followed in respect of positions advertised by the BPSC in November 2014.
The changes, in any case, are yet to be formally notified, says Kanhaiya Bahadur Sinha, working president of the Federation of University Teachers Association of Bihar.
“The relaxation cannot be given with retrospective effect,” said Sharma, adding that the aspirants will have to meet the criteria that existed on the day the posts were advertised. On the date of advertisement, only NET qualified candidates and such PhD degree holders who got their degrees as per 2009 norms, were eligible.
The BPSC has released the interview schedule for aspirants in psychology subject. BPSC has advertised 290 posts of assistant professors in psychology and 295 aspirants have been found eligible for the posts for which interview will take place between May 2 and 7.
According to the BPSC official website, the job aspirants are mandated to bring proof of their having qualified NET or PhD degree obtained as per 2009 norms.
Kanhaiya said it was up to Union HRD minister Smriti Irani to end the ambiguity by notifying the proposed changes in the official gazette of the Government of India along with the effective date from which the eligibility criteria stands changed.
Nearly 60% of the sanctioned posts in the universities and colleges of the state are vacant and the number of vacancies was going up. No appointment to any teaching post in the universities and colleges of the state has been made since 2003.
Even the 2003 appointments were conditional and vigilance inquiry into these appointments is moving at a snail’s pace.