LATEST
Home Uncategorized What is wireless communication and its uses 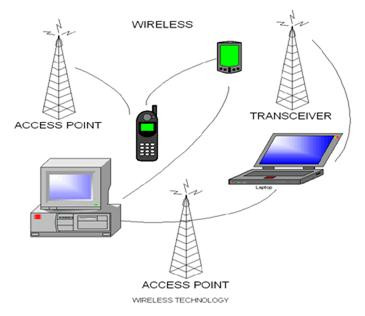 What is wireless communication and its uses

Many of us use mobile phones to communicate with one another at work, at home or for our convenience from just about anywhere we are! We can call mobile as a part of our life.
Even according to the news which came across is :â€
But we do not take care about the hazards which is actually caused due to the more usage of communication. Yes I am talking about the techno-global issues like mobile radiations and human brain hacking etc.
There are, however, some of us who are concerned about the health and safety effects related to the use of mobile phones and on the transmission from base stations.
India will have stricter regulations to check electromagnetic radiation emission from mobile phones, a step that would address majorly health concerns. This major issue comes by accepting the report of an inter-ministerial committee, the department of telecommunications. They will notify some regulations in the next few days. The new regulations are mainly those being practiced in the U.S and European nations that mandate all mobile phone manufacturers to comply with a specific absorption rate (SAR is a measure of the amount of radio frequency energy absorbed by the human body while using a mobile phones) so that radiation doesnâ€™t affect human health.
Many scientific studies have investigated possible health symptoms of mobile phone radiation . These studies are occasionally reviewed by some scientific committees to assess overall risks. It concludes that the three lines of evidence, viz. animal, in vitro, and epidemiological studies, indicate that “exposure to RF fields is unlikely to lead to an increase in cancer in humans”.
Millions of people around the world use mobile phones as a communication tool every day. Base stations or telecommunication towers are continuously being erected. Because of this, scientists worldwide are Concerned about the potential health risks associated With the use of this device. Even small adverse effects on health could have major public health implications. Moreover, radio frequency is an abstract subject and is not Easily understood by people. The term â€˜radiationâ€™ often Conjures fear and scare. A tremendous amount of publicity generated in the mass media has also caused great concern Among members of the public.