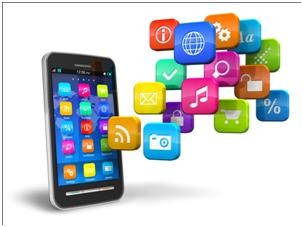 Would Your Mobile App Pass the FTC Privacy Audit?

For some time now, people worldwide live in a world which entices them to give away more and more of their privacy in exchange for various benefits, starting from security and ending with entertainment.
These benefits are provided through the use of websites, and mobile apps developed by companies and government organizations to provide users with information, products and services.
While at the beginning of the internet age people would click on the “I Agree” button on privacy policies without even reading the first paragraph of the text, things are drastically different at present.
The increased awareness of privacy risks and less willingness to give away personal data are the results of bringing together the Internet and the list of personal and business contacts into a device called the smartphone.
How Did Things Change in Terms of Privacy Concerns?
When people were able to keep their most critical personal data separate from internet browsing, they were less worried about how much companies and government agencies knew about them, about their habits, preferences, hobbies and interests.
But once mobile internet took over and everyone used their phone as the primary device for browsing websites or even gaining quick access to their accounts with various companies through dedicated mobile apps, things have changed.
Little by little, people started paying more attention to the privacy policies provided by each web and mobile app and especially at the type of data and resources which these apps would gain access to on their mobile phone. A study by Pew Research shows the most requested permissions for mobile apps, which are:
• 83 percent full network access
• 69 percent view network connections
• 54 percent modify or delete USB storage data
• 24 percent precise location through GPS and network-based
These permissions required by mobile apps before installing them cause users to rethink their decision and seek an alternative app, which seeks less access to their phone and private data. According to the same study conducted by Pew Research:
• 60 percent people preferred not to install an app which requires too much access to their private data; and
• 43 percent uninstalled an app after reviewing the kind of phone resources it accesses.
Apart from these concerns, there is one more issue which mobile app owners should keep in mind: the Federal Trade Commission (FTC) maintains a close monitoring of mobile and web apps and has already imposed sanctions in highly prominent cases involving companies like Google, Sony BMG Music Entertainment and Face book.