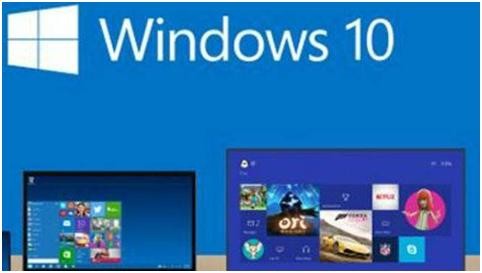 You will be no longer to get Windows 10 for free after this month, according to Microsoft. Users have to pay to either get a copy of Windows 10 or to upgrade from an older version. This isn’t good news for anyone who hasn’t yet upgraded their PC or planning to build a system of their own in near future.
Here are 4 alternatives to Windows that you should consider in case you missed out on the free upgrade window or if you are bothered by the privacy issues concerned with the operating system and looking for a change.
1. Ubuntu:- Ubuntu is world’s most popular free Operating System. It is Linux based and used very widely across the globe. Noticeably, many important government agencies across Europe and Asia use Ubuntu in their offices.
The fact that Ubuntu gets a free upgrade every year and it comes with familiar apps like Firefox and Thunderbird along with free MS Office alternative called Libre Office makes it a very valuable alternative.
Additionally, Ubuntu requires very fewer system resources enabling it to run quite well on older systems and are mostly free of viruses and malware.

2. Chrome OS: – Chrome OS, the web-based Operating System developed by Google, has been gaining popularity across North America in recent years. Its rising popularity is so evident that in many online stores such Amazon the best selling computers are Chromebooks pushing Windows PCs to second place. Although, it may seem that you must need a Chromebook to run the Chrome OS, a little workaround developed by New York based start- up Neverware makes it easy to install it on any computer.
It is light on resources and is automatically updated regularly. You can find our guide on how to turn your computer to a Chromebook here.

3. Hackintosh:- If you don’t want Windows on your system, then why not install MacOS on it? No, it certainly isn’t a joke. Making Hackintosh computers, or computers build with MacOS is a very popular choice among many PC building enthusiasts.

Running a MacOS on anything other than a MacBook can be considered illegal, but so far there hasn’t been any legal problem with regard to individuals making Hackintosh PCs. However, the main problem is that not all hardware work with the Hackintosh, and finding drivers for the hardware component can be a nightmare.

If you are willing to sacrifice a lot of time and energy in building a PC then it can be an option and you can find many guides explaining how to do it on the internet.

4. Linux Mint:- Linux Mint is almost same as Ubuntu internally as they both are Linux based operating systems and apps and software for both are always the same.

However, where Linux Mint, despite being a lesser-known Operating System than Ubuntu, gained its popularity is through easy to use user interfaces called Cinnamon and Mate.

They look very similar to Windows in many ways, unlike Ubuntu’s Unity which bears more resemblance to the MacOS. The familiar visual elements such as taskbar and Start Menu like application launcher found in Linux Mint eliminate the learning curve of moving to a new Operating System.