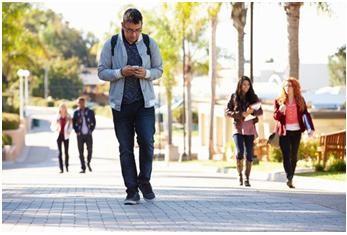 It’s been a long time since the Mobile World Live team were students. Most of the team’s university years were part of a pre-smartphone era, when making a phone call required the need to queue to use a university payphone (as well as ensure a plentiful supply of loose change).
As a business-to-business publication Mobile World Live’s core audience is not students. But this demographic is undoubtedly of major importance to the operators, vendors and other industry sectors who follow us. And so we thought it would be a worthwhile exercise to research the behaviour and preferences of a group of UK-based students, between the ages of 16 and 25, in order to learn about their mobile phone usage habits.
You can view the full results of the survey here. Meanwhile here are our top eight findings from the report:
• Students are smartphone addicts. It perhaps won’t come as a surprise to learn that 100 per cent of our respondents own at least one device, but it’s the frequency of use that will raise eyebrows: 83 per cent of those surveyed check their phone within 5 minutes of waking up, and almost all (97 per cent) will look at their phone within 15 minutes.
• Social media and messaging are far and away the two most dominant smartphone activities for the student generation. And more than half – 55 per cent – of our sample use social media on a smartphone for more than 40 minutes a day.
• Online retail isn’t king: Despite the prevalence of e-commerce in today’s society, it is significant to note that less than a third (30 per cent) of the sampled students prefer this method of purchase when buying a new mobile device, and almost 70 per cent still like to go into a store (whether operator- or manufacturer-owned), and ‘test run’ the device they would like to buy
• The top three mobile apps used by students are all owned by Facebook. Indeed, WhatsApp, Facebook and Instagram dominate 65 per cent of the market. Recent media coverage has suggested that Facebook is in danger of losing its appeal with the under-30 age group, but these results suggest Mark Zuckerberg’s company is alive and well amongst students.
• Student-centric apps offer an untapped opportunity for developers. With only 31 per cent of respondents currently using their phones to aid studying, there appears to be potential opportunity for mobile devices to be more tailored to, and integrated with, academic institutions, through educational mobile apps and tools.
• Mobile banking is popular with two-thirds of our sample. However, there is potential for more awareness of the benefits of such services, and most who do not use these services are primarily concerned with privacy and security issues. Making payments in store remains an unpopular focus, raising concerns about the potential of heavily hyped services such as Apple Pay and Google Pay.
• ‘Internet of Things’ is an inaccessible and unfamiliar term to most (81 per cent), highlighting a need to improve the branding and marketing behind this nascent market sector.
• Although the ‘Internet of Things’ (IoT) is an unfamiliar term for most respondents, there is strong demand for the benefits that IoT could potentially offer. In fact, IoT ranked highest when evaluating services or functions that students would like their mobile device to perform in future. Also scoring highly were ‘better battery life’, ‘more efficient operating’ and improved screen capabilities.